Pisa is one of the most loved Tuscan destination by tourists from all over the world. In an interweaving of nature and architecture, this city manages to raise astonishment in those who visit it for the first time but also to those who are already accustomed to its landscapes. Divided by the Arno, surrounded by Monti Pisani and washed by the Tyrrhenian Sea, this city preserves in its heart a real natural, artistic and cultural treasure. From our central B&B you can easily discover all its wonderful facets.

Climate and weather in Pisa

Pisa is located in a territory with a mild climate: the city enjoys a temperate climate thanks to its proximity to the sea. If you are planning a winter holiday in Pisa you will enjoy favorable temperatures for excursions and walks, and if you visit the city during the summer the only thing you can do is enjoy the beautiful temperatures to go for a walk near the Italian sea. 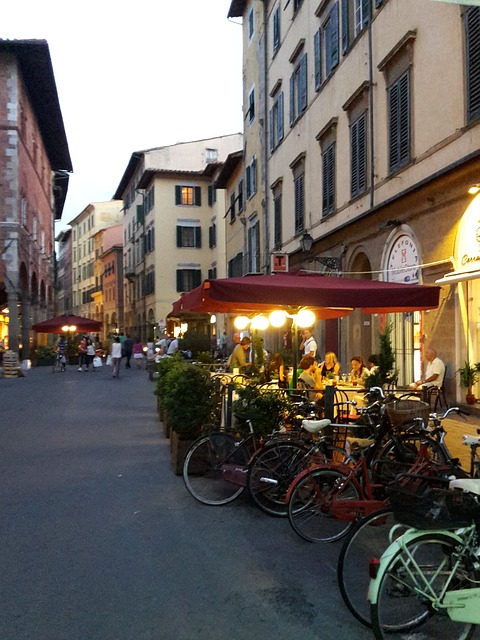 The history and Culture of the city of Pisa is one of the oldest in Italy: this city is a lively cultural and economic center since the time of the Etruscans. Pisa reached its maximum splendor during the eleventh century AD, when it became one of the four Maritime Republics. In this period famous artists and architects shaped the appearance of the city, giving it the face that we can still see in its most important places: the Leaning Tower, Piazza dei Miracoli, the streets of the historic center … all neatly conjugated according to the sublime rule of simplicity, which makes it so popular with tourists who crowd its streets every day. But Pisa is not just art and architecture, but also culture, innovation, science. Homeland of big names such as Galileo Galilei, Enrico Fermi, Giosuè Carducci, today the city hosts some of the most important Italian and European universities. In Pisa you can breathe the air of art and culture in every street. Plan your trip and read our tips on what to see in Pisa!

What to see in Pisa

The city of Pisa, the capital of the homonymous province of Tuscany, is today one of the most flourishing areas of the region. Located in a strategic position, the city is practically at the center of Europe: the International Airport of Pisa is a fundamental hub for Italian air traffic. From here numerous flights depart daily for hundreds of European and extra-European destinations. From the Central Station you can find numerous connections to the other major Tuscan cities, first of all Florence and Siena, but also for other Italian regions. Starting to discover Italy from our b&b will be an unforgettable adventure.

Garibaldi Bed and Breakfast is located in the center of Pisa in an ancient palace in Piazza Garibaldi. Thanks to its strategic position, from b&b Garibaldi you can start exploring the wonders of this city and live your Tuscan vacation in complete relaxation.